Mangaluru, February 26: A huge protest meeting was organized in Kavoor in the city by the BJP Uttara mandala condemning the obstruction of the Congress party to hold an assembly session and disturbing the peace in the state.

The protest motorcade was taken from Kavoor BJP office to Kavoor Junction during which anti-Congress slogans were shouted by protesters.

Addressing the protesters, MP Dr Bharat Shetty condemned the obstruction of the Legislative Assembly session by the Congress party and said, “The Congress should have joined with the ruling party, the BJP, which adopts hundreds of acts in favor of development for the progress of the state. However, they disrupt the assembly session and hold the national flag inside the assembly and thus show that they are anti-nationals. 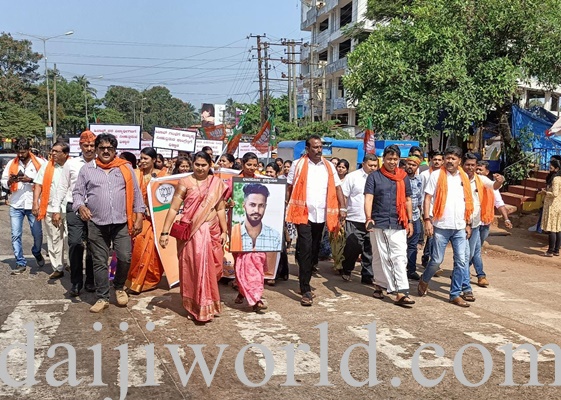 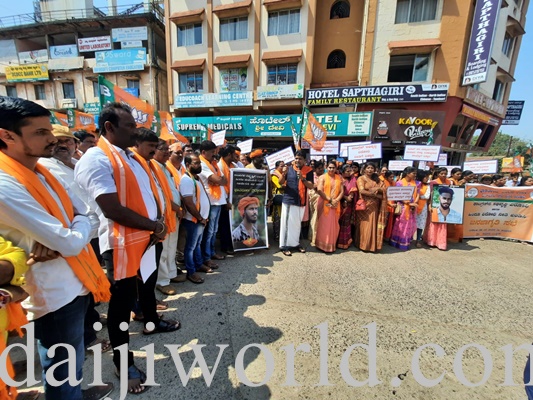 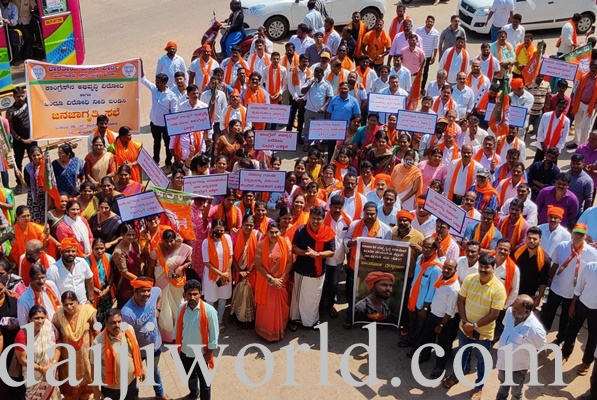 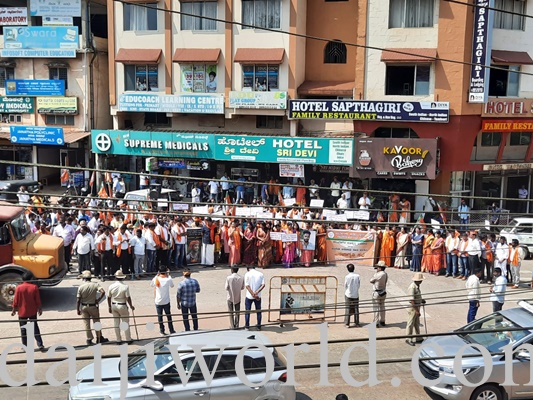 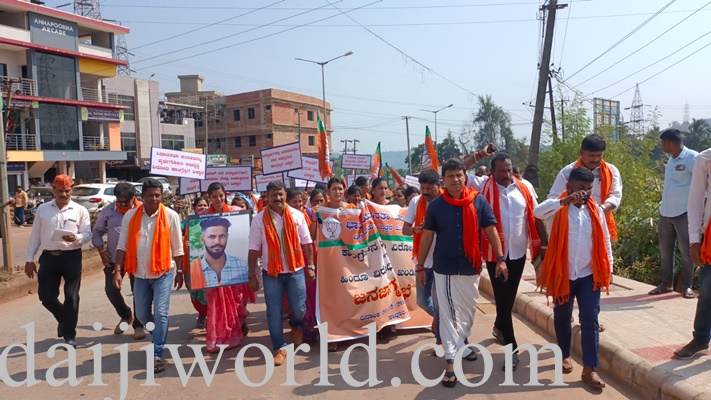 “Congress was unable to express its views on the Hijab and partnered with the SDPI in order to secure its vote bank. They stimulated the minds of Muslim female students who were learning. The educational field is equal to all. People of all castes and all religions must be educated and enter the mainstream of society. However, they prioritized religion over education and showed their narrow mindedness by bringing Muslim female students back to the stone age of modern times.

“Communal Muslim goondas killed activist Bajrang Dal Harsha in Shivamogga and showed their cruelty. We caught the attackers within six hours and sent them to jail. The BJP government has resolutely controlled the situation and issued a clear warning that it will not tolerate such acts during its rule. This is a conspiracy to create communal unrest under the BJP regime and slander the name of the BJP.

“Previously, there had been an attempt to burn down the Bunder police station in Mangaluru under the pretext of protesting against the CAA. An attempt was made to create communal violence in KG Halli by burning down the house of the Dalit Congressman. The Congress party leaders themselves kept their distance from their party’s Dalit MP without coming to his aid.

“In some gram panchayats in the Mangaluru Northern Legislative Assembly constituency, the SDPI and Congress hold power by mutual alliance. If members of Congress want to distance themselves from communal forces, they must resign immediately and get out,” he said.